History: Originally wild in Central America, Maize has flourished in the hands and souls of indigenous Americans for the last 8,000 years. From birth through death, the economic, social, and religious activities of many Native Americans were bound to the growing of maize. Maize was brought to Europe by Columbus, readily accepted, and from there dispersed to all parts of the world, becoming a staple in many countries. Corn now ranks in the top 4 principal food plants worldwide. The word corn means the principal grain of a region and was given to the grain, Maize, by American settlers. 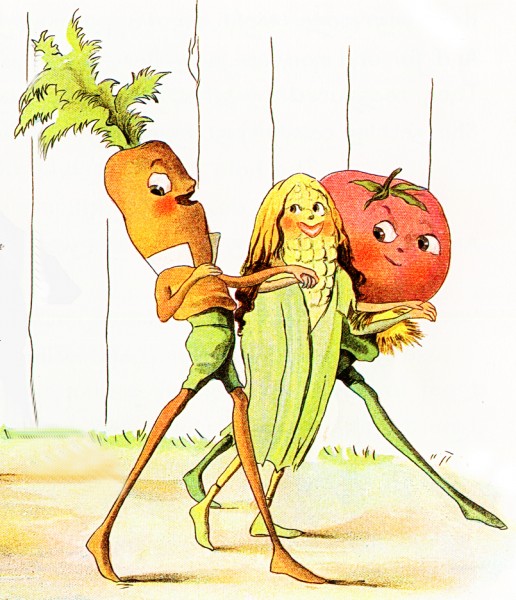 Corn is a good source of complex carbohydrates and dietary fiber. It is relatively high in vegetable protein, and like most vegetables it is low in fat and sodium.

To Boil Corn on the Cob

In a large kettle with a tight lid, bring enough water to cover corn generously to a rolling boil. Slip husked ears into the water one by one. Cover kettle and remove from heat. Allow corn to remain in the hot water for about 5 minutes or until tender. Drain. Serve at once.

To Steam Corn on the Cob

Remove husks and silk from fresh corn and place corn upright in large kettle with one inch of boiling water. Cover. Steam until corn is tender. 6-10 min., depending on maturity. Corn should turn from creamy yellow to a brilliant, transparent yellow.

Microwave corn on the cob

“Corn is the only vegetable we eat that is entirely from seed. To eat corn is to eat life.” — Samuel Wilson, the Inquiring Gastronome, 1927 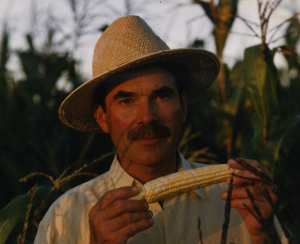 Preheat oven to 400 or have a good bed of coals ready. Pull down husks and remove silk. Pull husk back up. Run into husk as much water as it will hold, or soak the ears in water for 15 min. Put ears on rack over hot coals or in preheated oven. Bake for 20 to 30 min. If cooking over hot coals turn cobs during cooking.

“Maize and people grew up together as children of earth and sky. You can look it in the eye. Its one on one.”

Why do Americans put their elbows on the table? It comes from eating corn on the cob.

For the following recipes remove the kernels from the cob with a sharp knife, then scrape the cob to capture the juices. 1 cob = 1/2 cup. 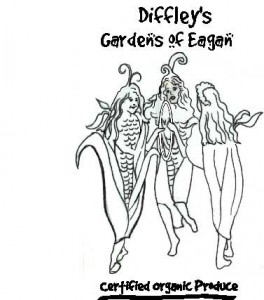 Why shouldn’t you tell secrets in a corn field?

American cooking is rooted in corn.

1. Peak season, mid August thru Labor Day.
2. Husk corn. Cut bottom end of corn to be flat.
3. Steam in large kettle with 1 inch of boiling water on the bottom for 10 minutes, or until corn becomes bright yellow and transparent. To speed job have several kettles going at once.
4. Immediately put corn into ice water to cool quickly and prevent over cooking. Cool until center cob is cool.
5. Drain corn to remove excess water.
6. Cut corn from the cob. Purchase a corn cutter to make this job easy. Pound a long nail through a piece of wood, and stick the cob onto the nail, then it will cut without slipping.
7. Put into plastic bags and freeze.
Freezing on the Cob, When frozen corn on the cob is cooked it must be completely thawed before cooking or the kernels will be cooked to death by the time the cob is warm.
1. Follow steps 1 thru 5 for freezing corn.
2. Put into bags, seal, and freeze.

1. Follow steps 1 thru 6 as for freezing corn.
2. Dry in a food dehydrated, a very low oven, or on screens in the sun. When thoroughly dry, corn should be brittle, semitransparent, and glassy. Store in airtight container.
TO USE: Basic Recipe for Dried Sweet Corn
Combine corn with twice as much water in a saucepan, soak 2 hours. Cover, and simmer 30 min. or until tender. Season to taste. Flavor similar to frozen corn. This can be added to soups, stews, etc.

“People have tried and tried, but sex is not better than sweet corn”. — Garrison Keilor

Sing a song of popcorn

When the snowstorms rage
Fifty little round men
Put into a cage.
Shake them till they laugh and leap
Crowding to the top;
Watch them burst their little coats
Pop!! Pop!! Pop!!

The Story Of Corn, Betty Fussell

Like its subject, The Story of Corn is a unique hybrid, drawing upon history and mythology, science and art, anecdote and image, personal narrative and epic, to tell the extraordinary story of the grain that built the New World. Indeed, corn transformed the way the whole world eats, providing both a hardy, inexpensive alternative to rice or wheat and cheap fodder for livestock. And, with its mercurial genetic structure, it found its way into everything from explosives to embalming fluid. As Fussell writes, “Corn made the whole world kin.”

But the story of corn is essentially an American saga, entwining the histories–and often clashing worldviews–of the indigenous peoples who first cultivated the grain and the European conquerors who appropriated and then propagated it around the globe. With characteristic wit and passion, Fussell explores its roles as food and fetish, crop and commodity, to the peoples who for seven centuries have planted, consumed, worshiped, processed, and profited from it. If corn makes the whole world kin, in Fussell’s eloquent account it also reveals the inherent tragedy of our tribalism.