History: Originally wild in Central America, Maize has flourished in the hands and souls of indigenous Americans for the last 8,000 years. From birth thru death, the economic, social, and religious activities of many Native Americans were bound to the growing of maize. Maize was brought to Europe by Columbus, readily accepted, and from there dispersed to all parts of the world, becoming a staple in many countries. Corn now ranks in the top 4 principal food plants worldwide. The word corn means the principal grain of a region and was given to the grain, Maize, by American settlers. 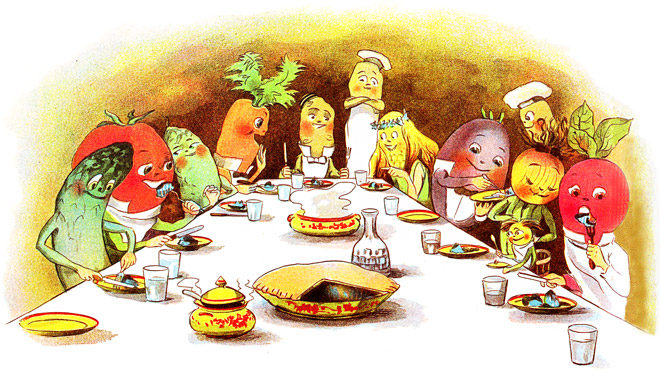 “Maize and people grew up together as children of earth and sky.
You can look it in the eye. Its one on one.”

Nutrition: Corn is a very good source of complex carbohydrates and dietary fiber. It is relatively high in vegetable protein, and like most vegetables it is low in fat and sodium. 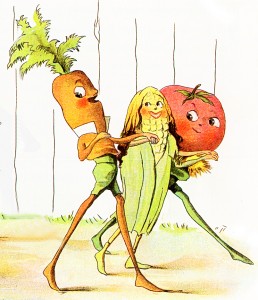 To Steam Corn on the Cob
Remove husks and silk from fresh corn and place corn upright in large kettle with one inch of boiling water. Cover. Steam until corn is tender. 6-10 min., depending on maturity. Corn should turn from creamy yellow to a brilliant, transparent yellow.

To Boil Corn on the Cob
In a large kettle which you can cover tightly, bring to a rolling boil, enough water to cover corn generously. Slip husked ears into the water one by one. Cover kettle and remove from heat. Allow corn to remain in the hot water for about 5 minutes or until tender. Drain. Serve at once.

“To eat corn on the cob is to eat life.

Grilled or roasted corn
Preheat oven to 400 or have a good bed of coals ready. Pull down husks and remove silk. Pull husk back up. Run into husk as much water as it will hold, or soak the ears in water for 15 min. Put ears on rack over hot coals or in preheated oven. Bake for 20 to 30 min. If cooking over hot coals turn cobs during cooking.
Or: Peel fresh roasting ears. Rub with butter/salt or olive oil/ umiboshi. Wrap in foil. Roast 20 to 30 minutes.

Why do Americans put their elbows on the table?  It comes from eating corn on the cob.

Simple Summer Corn Dishes
For the following recipes remove the kernels from the cob with a sharp knife, then scrape the cob to capture the juices. 1 cob = 1/2 cup.

Why shouldn’t you tell secrets in a corn field?

American cooking is rooted in corn.

Frozen Sweet Corn, 5 dozen = 15 pints
1. Peak season, mid August thru Labor Day.
2. Husk corn. Cut bottom end of corn to be flat.
3. Steam in large kettle with 1 inch of boiling water on the bottom for 10 minutes, or until corn becomes bright yellow and transparent. To speed job have several kettles going at once.
4. Immediately put corn into ice water to cool quickly and prevent over cooking. Cool until center cob is cool.
5. Drain corn to remove excess water.
6. Cut corn from the cob. Purchase a corn cutter to make this job easy. Pound a long nail through a piece of wood, and stick the cob onto the nail, then it will cut without slipping.
7. Put into plastic bags and freeze.
Freezing on the Cob, When frozen corn on the cob is cooked it must be completely thawed before cooking or the kernels will be cooked to death by the time the cob is warm.
1. Follow steps 1 thru 5 for freezing corn.
2. Put into bags, seal, and freeze.

Drying Sweet Corn
1. Follow steps 1 thru 6 as for freezing corn.
2. Dry in a food dehydrated, a very low oven, or on screens in the sun. When thoroughly dry, corn should be brittle, semitransparent, and glassy. Store in airtight container.
TO USE: Basic Recipe for Dried Sweet Corn
Combine corn with twice as much water in a saucepan, soak 2 hours. Cover, and simmer 30 min. or until tender. Season to taste. Flavor similar to frozen corn. This can be added to soups, stews, etc.

“People have tried and tried, but sex is not better than sweet corn”. — Garrison Keilor

History: Squash appears to have originated in Mexico around 8,000 B.C. From there it spread through North and South America. Originally squash had bitter flesh and its food value/use was the seeds. Over time squash was bred with sweeter flesh and became a staple part of many tribes diets. Squash was introduced to the Old World in the late 15th century, and has become popular in many countries. China is now the worlds largest producer. 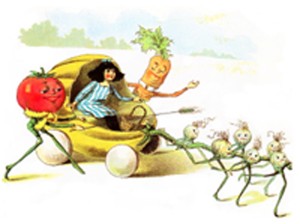 Season: End of August though Halloween.

Selection: When choosing squash, ripeness is of great importance. Immature squash is watery, and lacks in sweetness, nutrition, and flavor. Skins should be firm with well defined color. Squash that looks washed out, usually is.

Nutrition: Winter squash is one of the richest sources of carotene, a precursor of Vitamin A, which gives squash its rich coloring. Recent research suggests that consuming large quantities of carotenoids from natural sources may help to protect against cancer. Squash is also a good source of Vitamin C, fiber, potassium, riboflavin, and minerals.

Baked Winter Squash: Any squash can be cooked this way, in any volume. Wash squash. Cut in half along the equator and remove seeds. Place in baking dish, cut side down, with 1/2 inch of water on bottom of pan. Bake 45 min. to an hour. Shorter baking is moister, firmer. Longer baking is dryer, richer, caramelly. For a dryer, caramelly taste, turn cut side up halfway through baking. Serve in shell,or scoop out and mash. Season.

Steamed Squash: Squash can be steamed instead of baked. Its quicker, and stays very moist. For those preferring dry squash this method is too moist. Cut squash into small pieces. Steam till soft, about 20 to 30 min. Microwaved Squash: Pierce squash skin. Microwave half the cooking time. High (100%). Cut in half. Remove seeds. Cover with wax paper. Cook second half of cooking time. Allow to stand covered 5 minutes. Season.
1 medium squash 8-10 minutes
2 medium squash 20-22 minutes 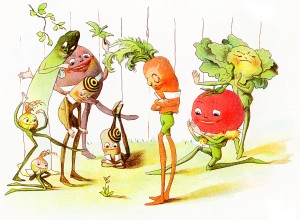 To Freeze Winter Squash: Bake squash. Scoop out of shell and mash. Cool. Pack into plastic bags and freeze.

Drying Winter Squash: Bake squash just until soft. Cool. Peel. Slice. Dry in low oven, on trays in the sun, or in a food dehydrator. Store in airtight containers.

To Use: Eat dry, like fruit leather, or soak in water 1 hour, then cook in soak water to a puree, season. Add to soups, stews etc.

Storing Winter Squash: Winter squash can be stored until the new year. Choose squash that is well formed, mature, and unbruised with a good firm rind. To lengthen storage time, squash can be “cured” by placing in a warm sunny spot (75-85) for 7-10 days. This causes the squash to sweat a natural sealing wax which coats and further protects the squash. Store in a cool (45-55), dry, well ventilated place. Store with squash not touching each other. Does not store well when the growing season ends with a very wet fall. The longest storing varieties are Acorn, Hubbard, Butternut, and Spaghetti.

History: The potato as we know it today, is the result of thousands of years of selection and cross breeding of wild potato species. It appears to have first been cultivated 4,000 to 7,000 years ago in the Andes mountains between Bolivia and Peru. From there it spread through South America and became a wide spread food crop, especially valuable in mountainous areas where little else would grow. The first potatoes came to Europe in the 1500’s. They were greeted with little enthusiasm, being considered poisonous and the cause of leprosy, until they reached Ireland where they quickly became a staple of for the poor. The Irish economy became so dependent on the potato that failure of the potato crop in 1845 brought about severe famine and emigration from Ireland. Potatoes did not become an important part of the English diet until the 18th century. Today potatoes rank in the top 4 principal foods worldwide.

Nutrition: In just 400 years, the potato has replaced grain as a basic source of nutrition in many nations around the world, Why? Because the potato is one of the best bundles of nutrition known to mankind. Its carbohydrate – to – protein ratio is ideal, and it provides significant amounts of Vitamin C, potassium, thiamine, and niacin. Since we don’t spray our crops with chemicals you can be comfortable serving them in nutrient rich skins.

The potato yields more nutritious food, more quickly,
on less land and in harsher climates than any other major food crop!
Selection: When choosing potatoes look for firm, unsprayed potatoes, without green skins.

The Greening of the Potato: If potatoes are exposed to light for too long the skin turns green. When this happens the toxin solanine is present. causing the potato to be bitter and toxic. Peeling deeply will remove most of the poison, but if more than half the skin is green it is best to throw the potato away.

Baked Potatoes: Preheat oven to 400°. Prick scrubbed potatoes with a fork. Bake one hour or until soft.

Campfire / Grill Potato Packets follow the Oven Fries recipe till mixed in bowl. Wrap potatoes in aluminum foil, and place over coals. Bake 20-30 min. depending on heat of coals. turn halfway through baking.

What has eyes but can not see?

Freezing Tomatoes
Tomatoes are easily frozen in many forms. They must be used in cooked food after freezing.
Simply core and quarter, throw into a freezing bag and freeze.Use as is in soups and stews.
Tomato sauce can be frozen as is.

Dried Tomatoes
Ideally use a food dryer, as tomatoes are so moist, sun drying can be a challenge in Minnesota.
Slice fresh, ripe tomatoes 1/2 inch thick. Dry in dryer. Store in airtight container.
To use:
Eat as is for a chewy snack.
Throw into soups and stews.

Marinate tomatoes in water, olive oil, oregano, and marjoram, one hour. Great on Greek salad, or as side dish. Puree for tomato sauce. 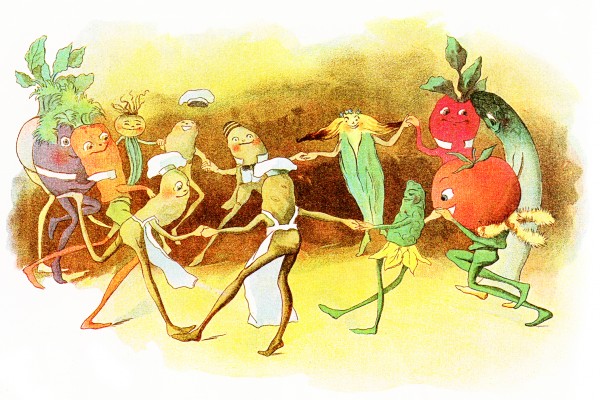